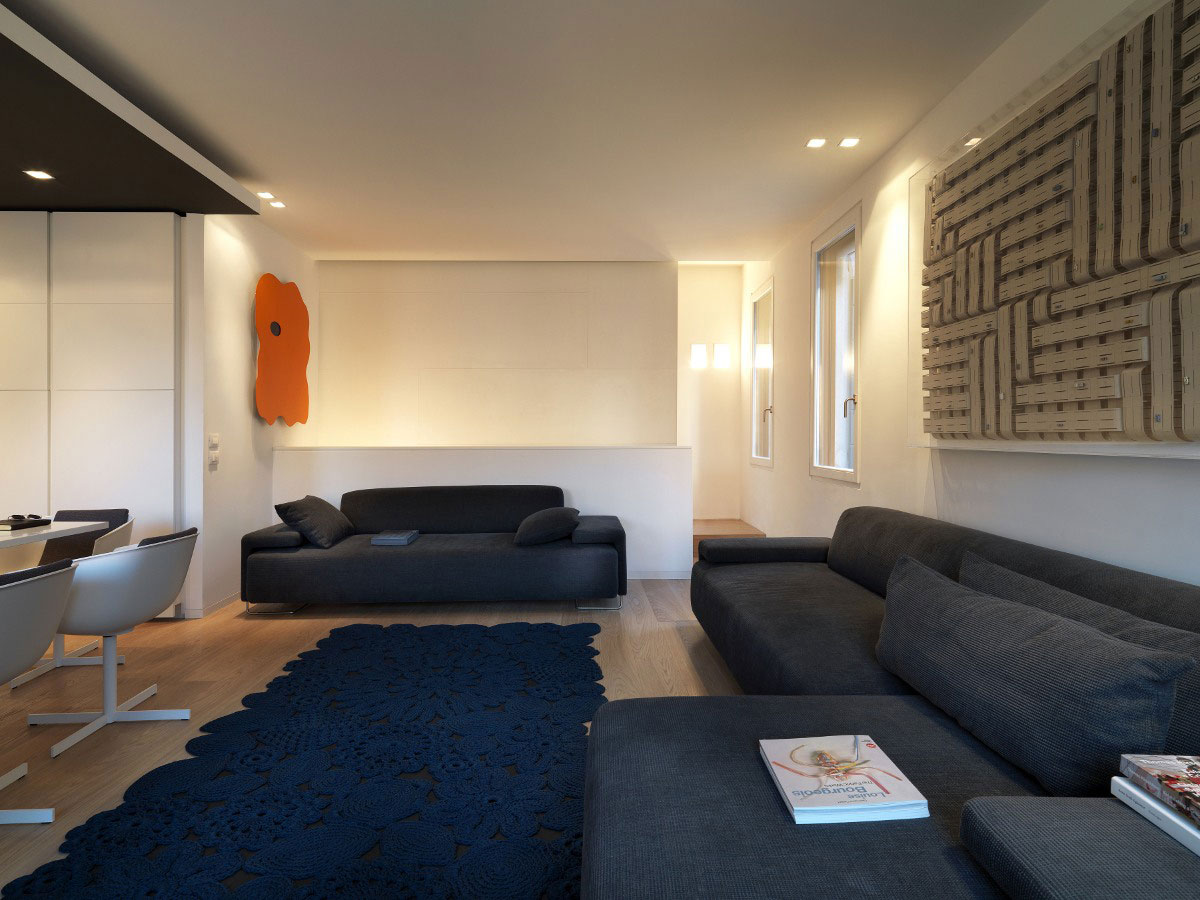 An Elegant Contemporary Apartment with Multifunctional Furniture in Venice

“The apartment of approximately 110 sqm (1,184 sqft) which the Baldessari siblings have radically renovated overlooks the San Vio canal in the Dorsoduro area, not far from some of Venice’s most famous museums (Guggenheim, The Academia Galleries…). The apartment’s perfect location and the designers’ experience in the field of the arts led the project towards an idea of intersections between and allusions to art and design, the city and private spaces.

The work was thus made easier by the complete renovation of the spaces that allowed Michela and Paolo Baldessari to give volume and identity to the rooms, starting from scratch. The apartment was in fact formed by the unification of two units of an apartment building dating back to the second half of the 1800’s: a dwelling located on the second floor (80 m2 [861 ft2]) and the attic (30 m2 [323 ft2]).

Starting therefore from a sort of blank slate, the two architects created a very open living area on the second floor, to allow a continuous view of the city through its many windows.

Venice thus steps inside the residence, which in turn responds with its elements of furnishing chosen because their ironic Baroque markings resemble the art of Venetian lace and the decorative façades of the city’s most elegant buildings: the Crochet carpets (Paola Lenti) and the cement Heatwave heaters…

To reduce the number of walls and obstacles that would have obstructed the view of the city, the kitchen has also been dematerialized, transforming it into a low room with built-in Corian bench top and table. It isn’t topped by the usual extractor fan, but instead by a slight lowering of the ceiling that in fact hides the air-conditioning and suction system. The furniture/cupboards have also been reduced in volume and are built into the three-dimensional paneling that runs along the walls of the room, thus framing the “images” of Venice.

The color white, which dominates the walls and custom-designed furniture, was the backdrop chosen to highlight the furnishing elements and artworks selected by the designers themselves. While the lighting has in fact been entrusted to lamps (Davide Groppi, Viabizzuno) that almost disappear into the architecture, the sofas, chairs and beds on the other hand, have a strong visual presence. In the choice of the many paintings and sculptures, Venice subtly reappears as an allusion or ironic counterpoint: with the lion in the photographic background of Jarvis Wilcox’s collage or in the micro cars that will never be able to circulate in the city but only in the work of Thomas Bayrle.

The visual connection between the lower floor and the attic has been entrusted to the flooring, built using oak floorboards laid lengthways, that also cover the steps of the internal staircases.

The attic was designed to be a guest area and includes a small living room and a bedroom with its own bathroom. While however the roominess of the second floor allowed different rooms to be created easily, on the floor upstairs Michela and Paolo Baldessari had to apply the rules of designing for small spaces, using architectural retraction and custom designing specific areas.

In this case also the city and its mood were a precious source of inspiration. For example, in the most private of spaces — the guestroom — the architects designed a multifunctional piece of furniture in which the TV shelf hides the concealed basin, which is similar to those in old railway sleeping cars. It’s almost like finding oneself on the Orient Express, on a journey from Paris to Istanbul, crossing the artistic and architectural landscape of a truly contemporary Venice.” 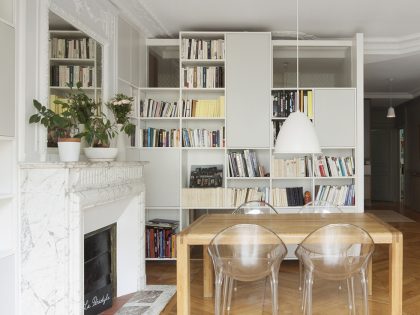 An Elegant and Luminous Apartment with Modern Twist in Paris 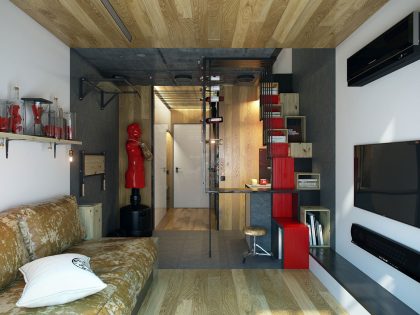 A Striking Modern Apartment with Red and Black Accents in Kharkov 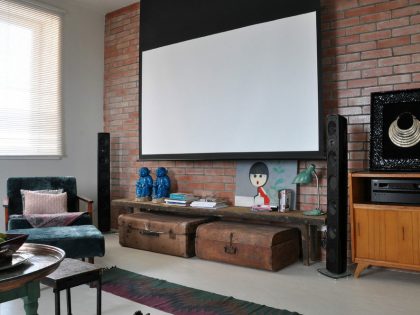 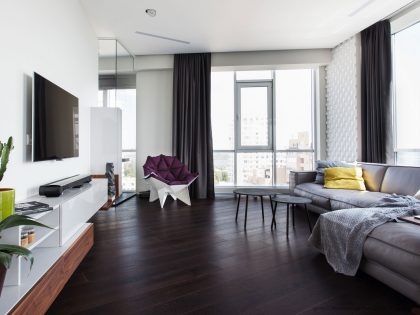 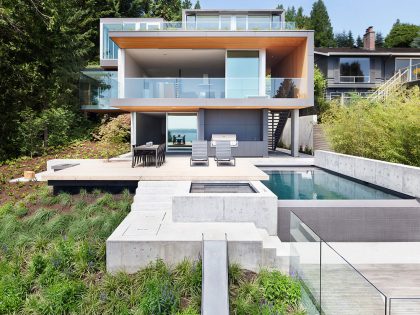 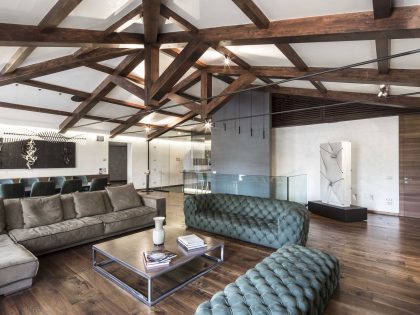 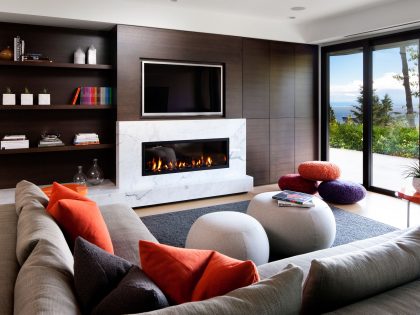 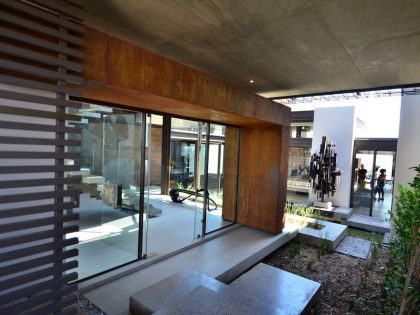 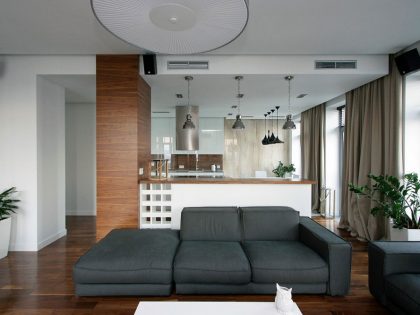 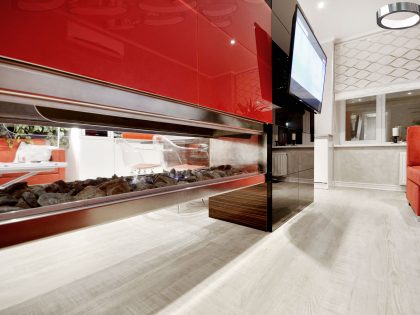 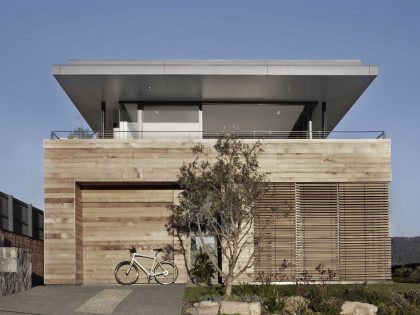 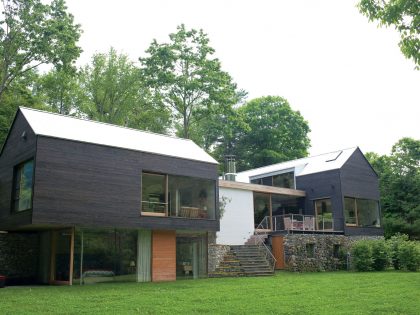 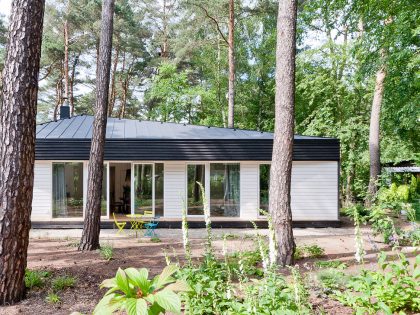 A Spacious Modern House with Floor-to-Ceiling Windows in the Woods of Potsdam, Germany 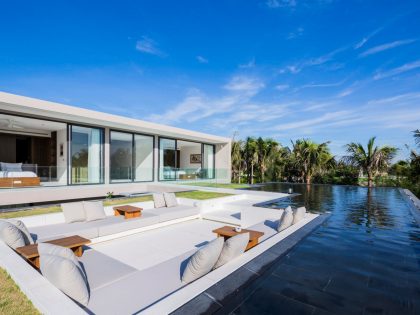 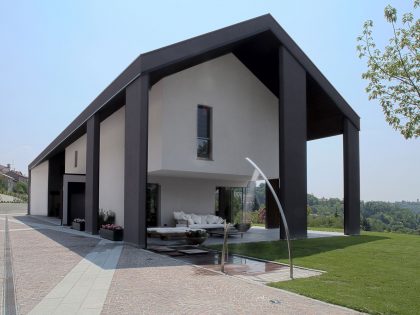 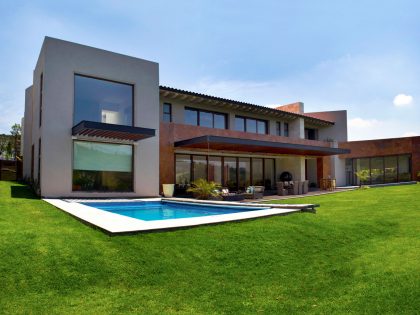 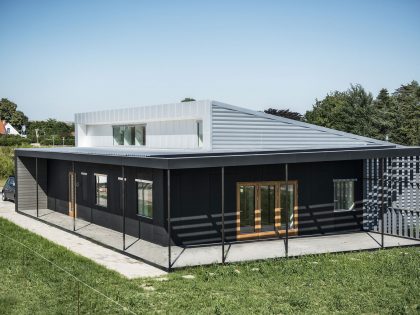 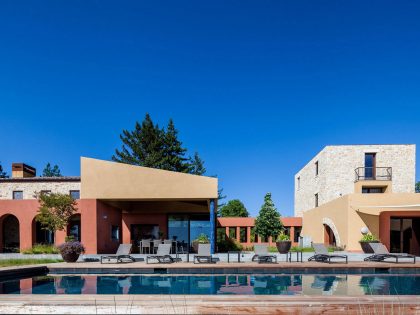 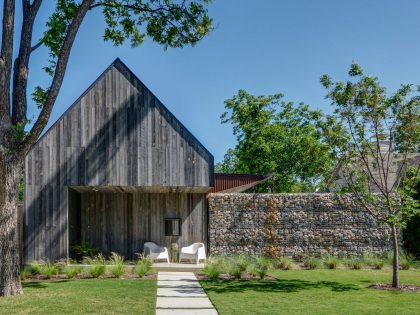 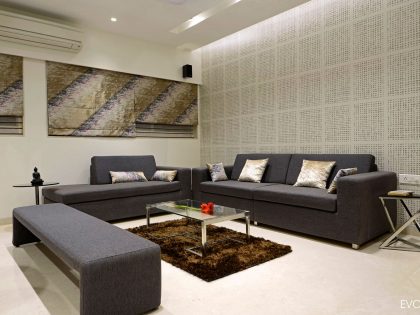 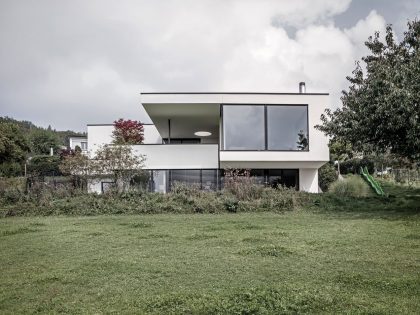 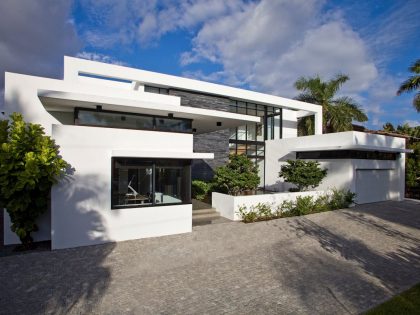 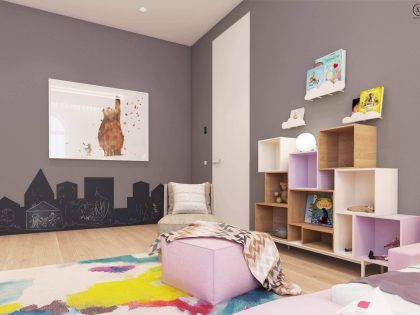