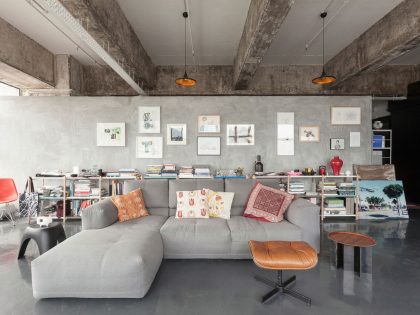 A Spacious Contemporary Loft for an Art Collector in Chai Wan, Hong Kong

“Existing Situation
The house of the family, built in 1730, is located in the valley of Lustin (Belgium) at the border of a dead end street, next to a huge forest. The plot, an area of 3600 meters square, is strongly undulated. On one side of the land you have the house, and on the other side the forest. Between them, flows a river. The landscape is full of vegetation and is highlighted by grass, trees, an orchard, a vegetable garden and an apiary.

Built with traditional techniques, the house is divided in three parts : Two parts were made of stone (coming from the surrounding area) and the third part was made of cob.

The first two parts are the current living spaces of the family while the third part was an old barn which hadn’t been used anymore. The facades have a huge architectural and historic interest. It became a part of the local patrimonial heritage because of it’s use of local materials. The house features as well a porch that looks over the garden and an old bread oven. This shows us the activities that used to take place. The barn, which is an addition to the house, was the part we focused on. The client wanted to renovate and extend the volume to an independent house with one bedroom. The project only consisted of 35 meters square on the ground floor and there were only two entry’s at the time: a gate at the front of the barn and a smaller double door which gave acces to the garden.

The first idea was to extend the volume in the back so we wouldn’t have to change the existing facade. The concept is really simple : extrude the back facade, follow the roof slope and reduce the volume to it’s minimum. The extension created the main opening looking over the landscape of the forest.

The idea was to increase the surface below to be able to put all the living areas together on the ground floor (the living room, the kitchen, the dining room and the toilet) and to put the other living spaces (the bedroom, the bathroom) above. The whole area was designed within the barest minimum. All the rooms are connected. In reality, this is just one big space, divided into smaller areas. There is a correlation with double hight, views, light, stairs.

The main opening exists now on the backside. The idea was to work with this entrance in a contemporary and generous way, without omitting the contrast with the existing building. The second one is located right under the gable, the second new openings on the gable. The dimension are made to discret on the existing building. The window give on only view for the desk and the bedroom on the first floor. The entrance of the house is on the existing opening on the street. The wood door is just be replace by a windows full in glass. Like that they can catch the light from the south and enjoy a space thought.

The client chose cortex steel as material for the extension. It homogenize the volume because it is used as well as a cover and as cladding. The tonality of colors are perfect and match the existing regional stone (grey, brown, red). It also gives a timeless and contemporary feel to it.”

A Stunning and Luxurious Contemporary Home in Zapopan, Mexico

A Sophisticated Apartment with a Mix of Modern and Transitional Touch in Krakow, Poland

A Contemporary Home Surrounded by Coconut Trees in Koh Phangan 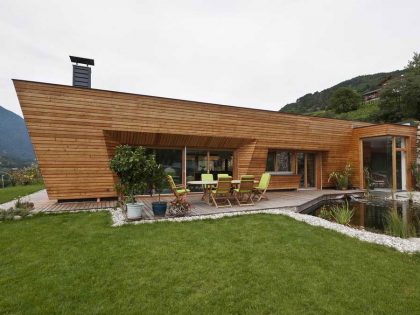 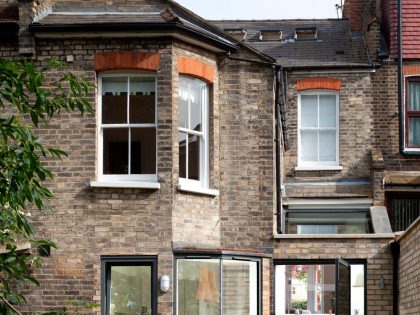 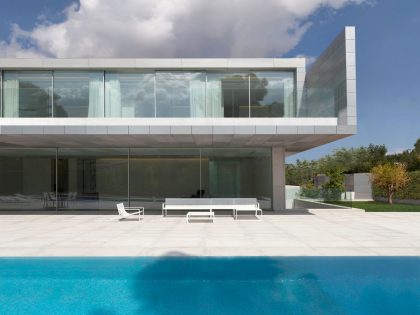 A Beautiful Contemporary House with Pool and Roof Terrace in Madrid, Spain 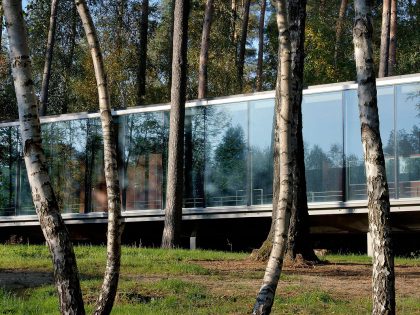 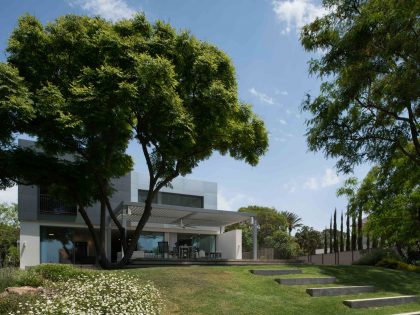 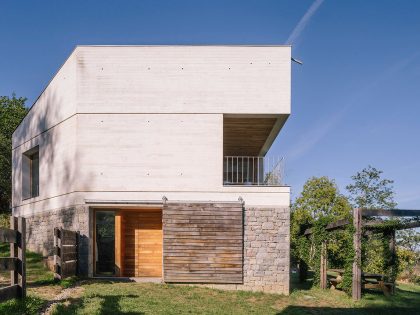 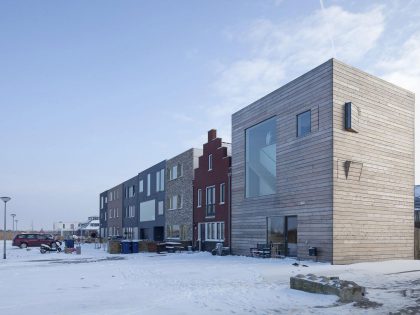 A Spacious Family Friendly Home with Magnificent Views in Almere, The Netherlands