“The project by Andrea Marcante (founder of UdA architects) and Adelaide Testa in question concerns the renovation of a 180 m2 apartment in Paris for Isis Colombe Combréas, director and editor of the magazines MilK and MilK Decoration, and her husband, the photographer Karel Balas , with their two sons Hiroko and Aliocha.

The apartment is located in a 1930s building in the 14th north on the border with Saint Germain; before the renovation, the interior was full of important pieces of the history of design with still the division of the rooms coeval with the building.

Customer requests are clear and precise: re-functionalize the house by minimizing masonry works and construction times (maximum 3 months to minimize the inconvenience for moving the family to another house) by rethinking the areas of conviviality such as the kitchen and the study and those more intimate than the bedrooms / bathrooms so that each component can take advantage of autonomous areas.

Right from the start, parallel to purely functional objectives, the designers clearly see, in total agreement with the client, the need to introduce a new architectural language capable of reconfiguring the space by overlapping the existing one (without physically modifying it in accordance with budget and times), altering the perceptual relationships between environments.

Apart from minor wall modifications, the project is outlined through a frame system of metal profiles and perforated sheet metal that pays homage, for the materials brought to the architectural scale, to the work of the French designer Mathiew Matégot, a precursor in the experiments aimed at combining these two together. Materials. In the idea of ​​Andrea Marcante and Adelaide Testa, the metal pipes, free in space, touch the typically decorative elements of French houses such as the cornices and stuccoes on the walls, forming new visual lines, but also new volumes in perforated metal sheet to see but not to be seen, separators between passageways and rest areas (living room and study area) capable of transforming themselves into supports for new containment furnishings.

The new axial coordinates defined by the square-section tubes that depart from the corridor are rotated with respect to the configuration of the plant and as extendable and suspended arms reach the walls of the hall, as if to prop them up in an exchange of tensions: contemporaneity cannot be exempt from the past and from wanting to “support” it through a dialogue of subtle and sometimes ambiguous balances, where architecture can become decoration and vice versa. The master bathroom thus becomes a perforated micro architecture that re-functionalises it without altering the volume and natural light of the room; the study area shared with the children is re-configured as a stage populated by shapes and materials suspended between being a manifestation of the irony of adults and fun for children, and again the new tailor-made kitchen that expands the small space and, through stereo metric geometries that they also occupy the ceiling, recomposing the visual relationship with the condominium garden below.

A stimulating and synergistic exchange of suggestions and research on the history of French and Italian design with customers has guided the choice of production furniture and the design of custom-made furniture which, in order to meet the requirements of time, finishes and budget are were entirely made in Italy and assembled on site in two weeks.

All the elements of the project, in their different scales, tend to create environments that are at the same time architecture and interior design capable of reflecting and harmonizing the most rational and the most emotional aspects of the inhabitants through a contemporary language that does not hide, but highlights the original character of the property.”

Related: A Bright and Lively Contemporary Home in Barcelona

Here: A Stylish Modern Townhouse with Exquisite Interiors in Kiev

Read also: A Spacious Modern Penthouse Apartment for a Young Family in Taiwan

Next: An Exquisite Modern Apartment with Light and Luxury Interiors in Berlin

Check out: An Elegant Contemporary Apartment in the East Village of New York City 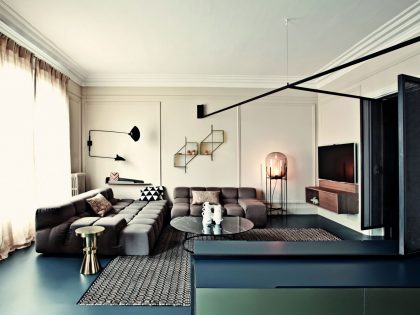 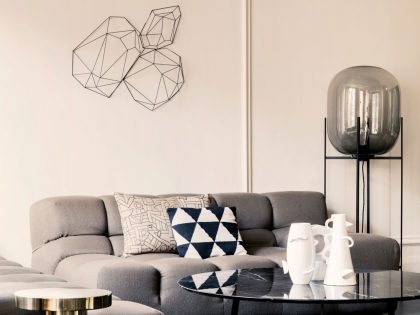 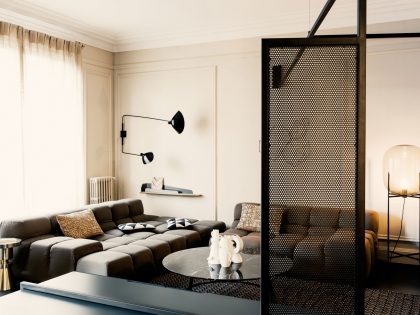 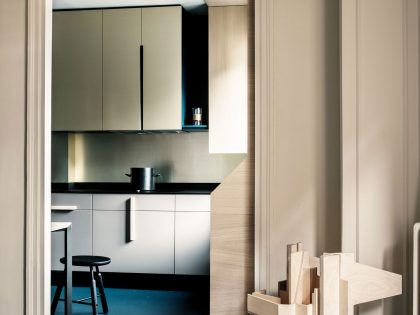 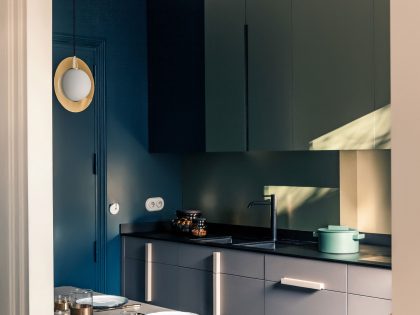 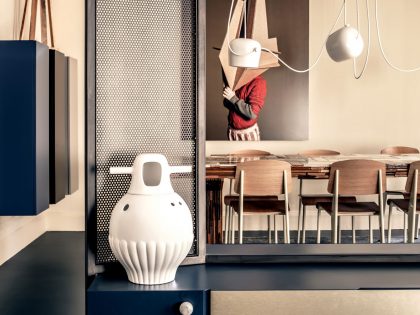 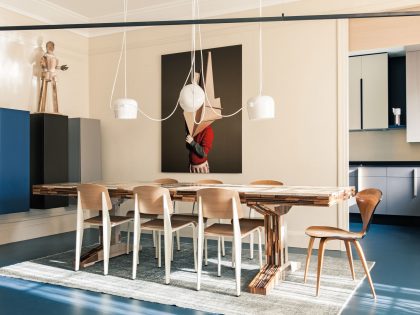 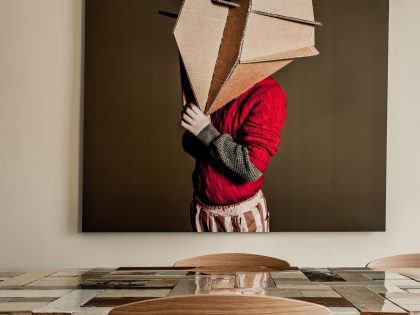 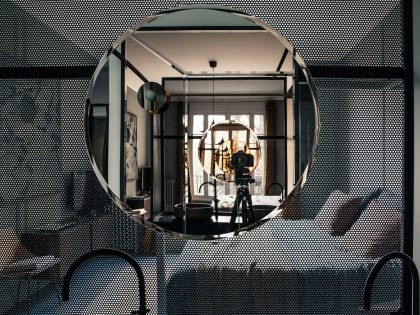 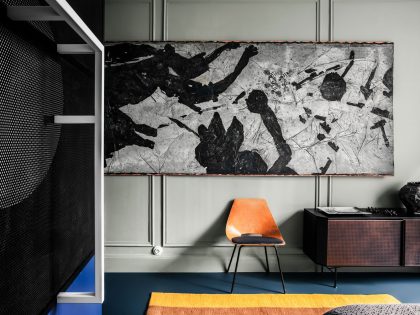 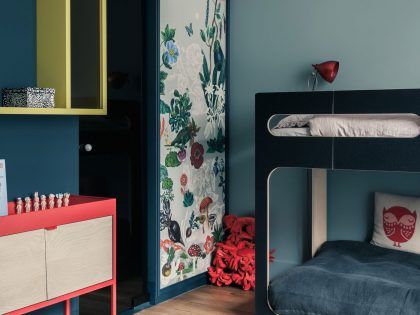 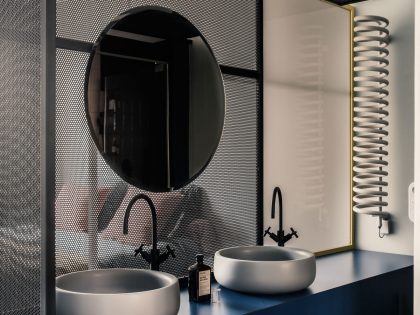 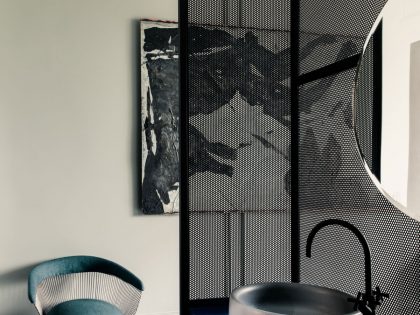 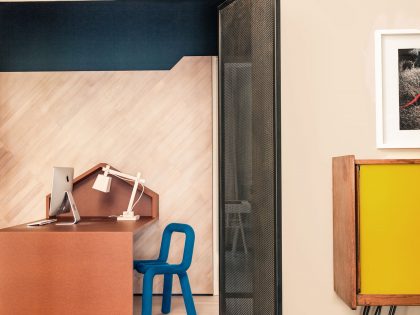 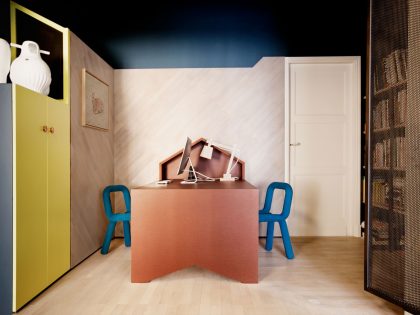 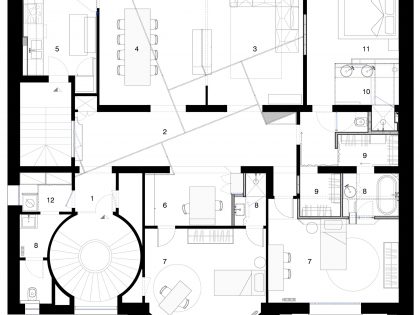 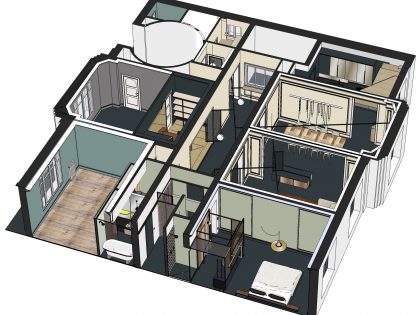