“Vigo, neighborhood of Florida, a fourth floor of 70 square meters built in the 90s with a duplex layout facing east.

The original layout of the house resolved each of the two 35-square-meter floors by means of a distributor without natural light from which access was given to each of the functions that were developed closed in on themselves, without connections between them.

The project, fixed by the conditioning factors of the stairwell and the pre-existing wet areas, seeks to soften or eliminate the old limits of functions in order to expand spatial sensation and allow natural light to reach previously blind areas.

We seek to mark these two stripes through a different treatment of materials. In the service strip, with a greater spatial accent as it includes the staircase area, it is resolved with white Heraklith boards that surround the entire staircase, seeking to emphasize the abstraction and power of said space, acting as a counterpoint to the marked spatial references by heights, windows, etc … that conditioned the rest of the existing space.

The upper floor has two spaces that are separated by two sliding panels and that allow adapting the use to different stages throughout the life of the house. Also, on this floor, the continuous base unit attached to the window is used to mark the possibility of operating the entire floor in an open way.”

View more: A Small Modern Apartment for One Person in the Historical Center of Kiev, Ukraine

Here: A Stylish and Unique Summer Apartment Surrounded by a Forest of Berlin

Next: A Luminous Apartment Full of Contemporary Elegance in Siena, Italy 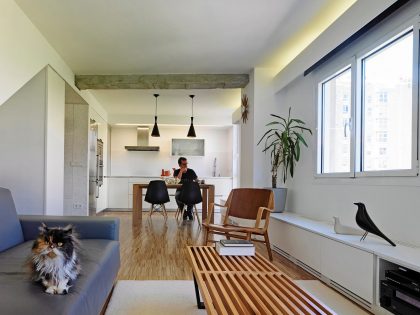 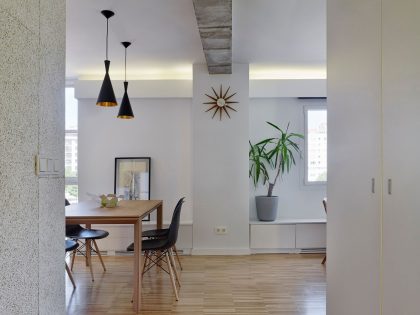 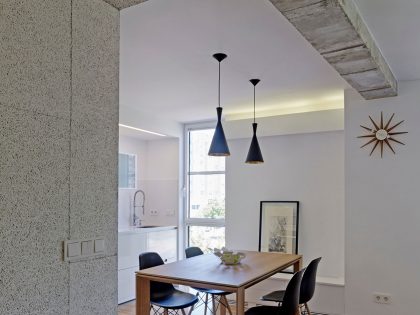 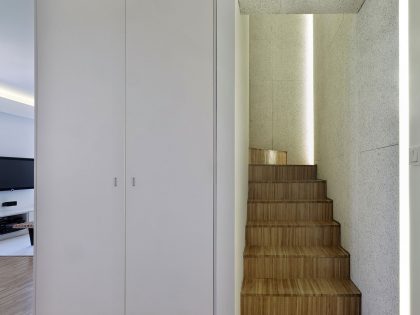 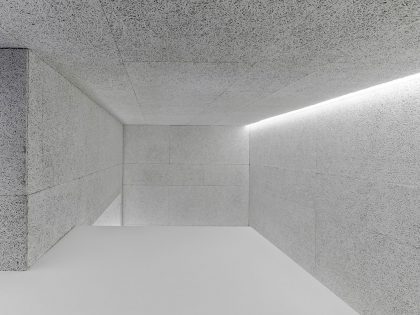 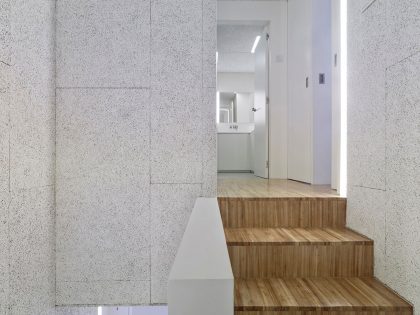 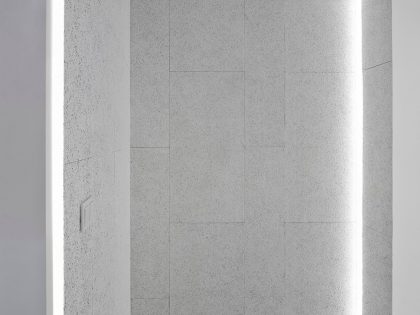 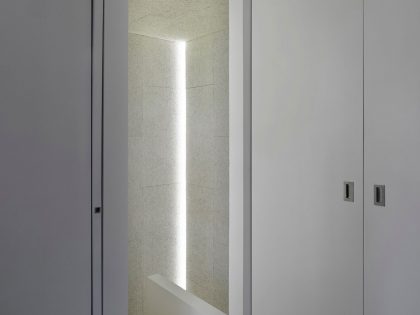 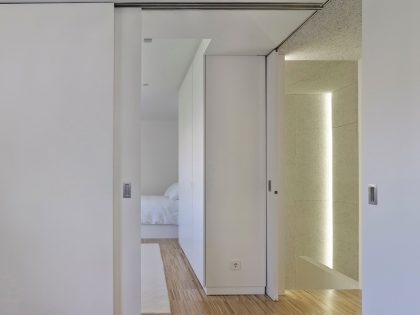 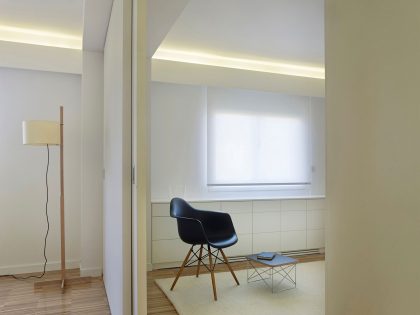 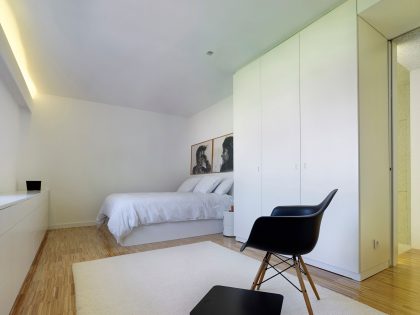 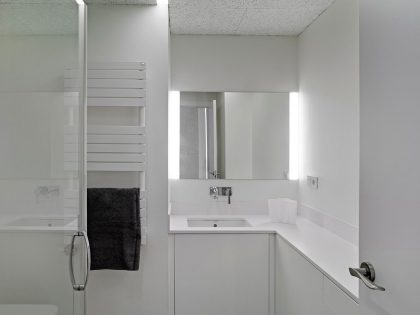 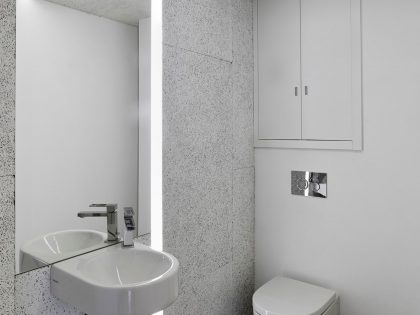