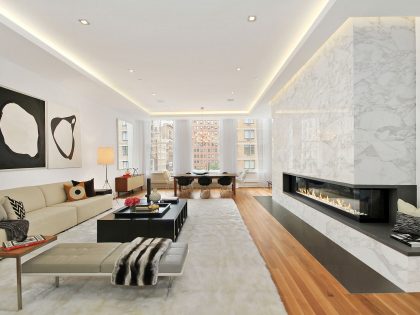 Apartment for a Bachelor in Madrid by gon architects + Ana Torres

“The traditional structure of Madrid’s flats -a system of load-bearing walls parallel to the facade enclosing a set of rooms of different sizes that revolve around interior courtyards and are both isolated and connected by a corridor- is the starting point for this house for a single person located on a third floor of an apartment building in the Malasaña district.

The most singular physical and measurable characteristic of the flat is its length: from one end of the house to the other there are 21 linear metres that give the clue to the intervention to be carried out. The aim is to enhance this condition, which has now become a desire, with the floor plan of the project being the result of a complete emptying of the house that organises the domestic space in a unique atmosphere that is compatible with the spatial strategy of the walls of the initial state.

In other words, the pre-existing system of contiguous rooms is re-established only that, in this second life, they are projected with a greater dimension and connected to each other, ensuring that the unity and continuity between the parts is recovered. Consequently, new topological and programmatic relationships result in a free and fluid domestic space, liquid, where research is carried out on the concept of ‘stay’ through the construction of scenographies of the habitat linked to the basic actions of cooking, sleeping, resting, working, relating and cleaning and caring for the body. The corners of the rooms, formerly cul de sacs, are understood as areas of opportunity to experiment through visual elements that turn the space into a curve and constitute, through the use of colour and lighting, in a symbolic way, the place where an action takes place.

These spaces shape a domestic scenic production that, on a continuous wooden floor, besides understanding and enhancing the dwelling as a living place, also allows the house to be explained as a succession of contemporary narratives that articulate the transversal and longitudinal routes, public and private, that can be constantly reconfigured according to the needs of Carlos, its owner, facilitating, against the exclusive domestic functionalism, the dream of living.” 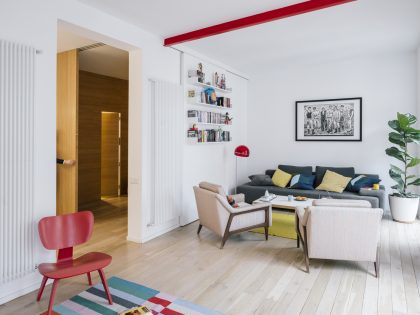 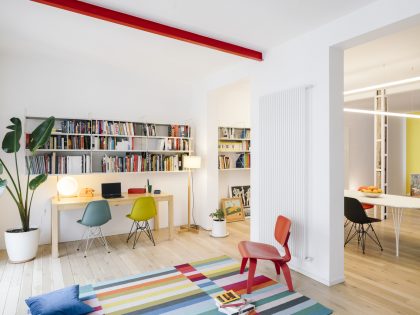 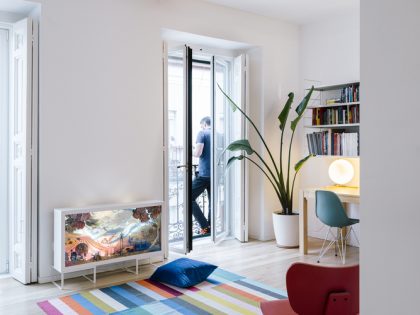 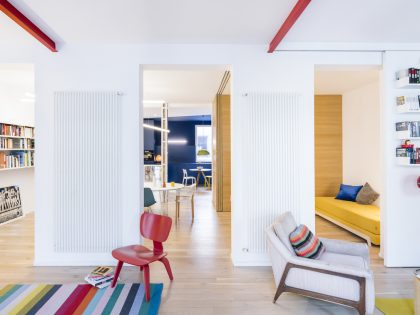 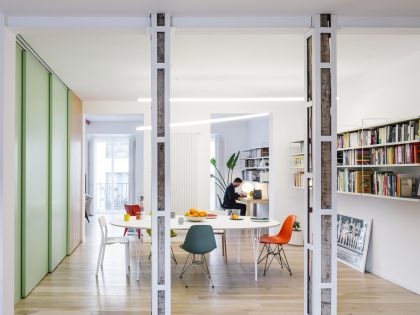 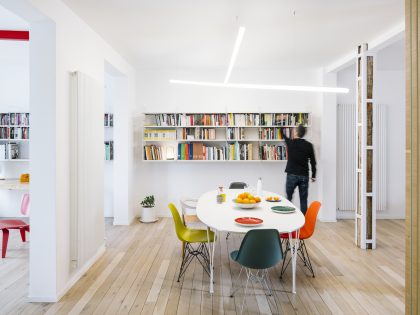 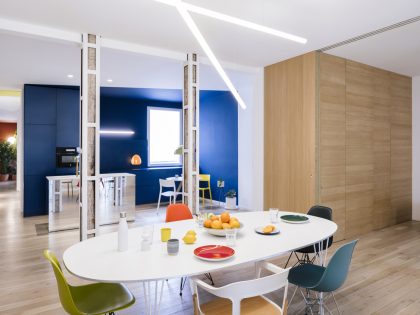 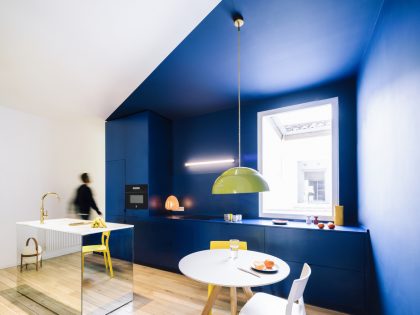 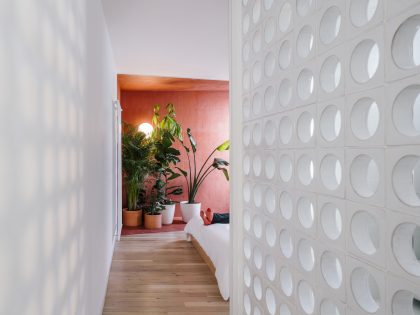 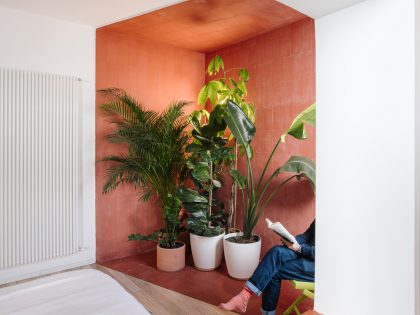 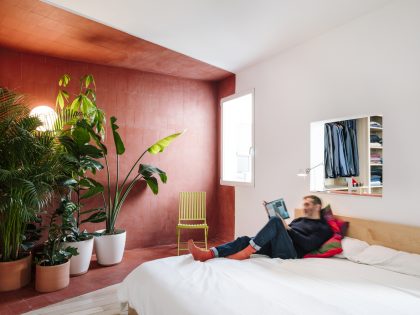 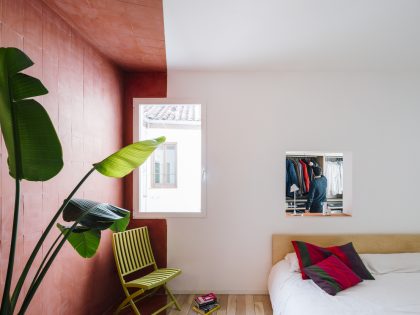 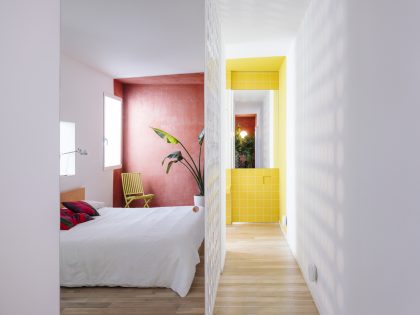 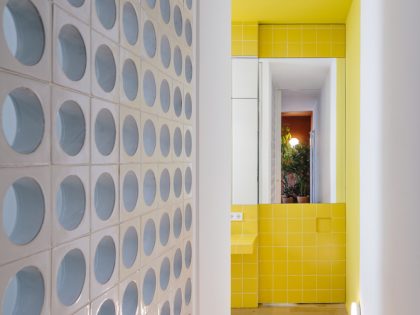 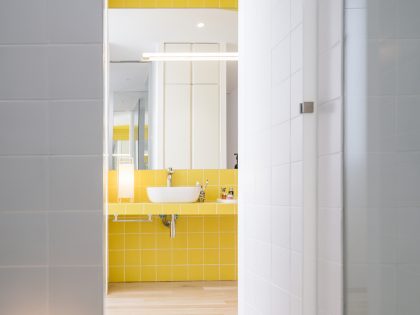 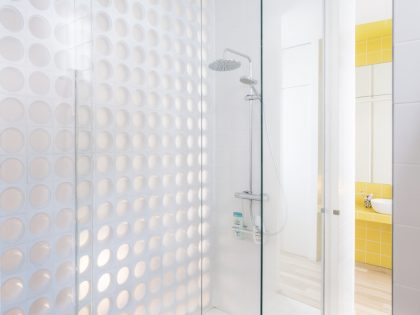 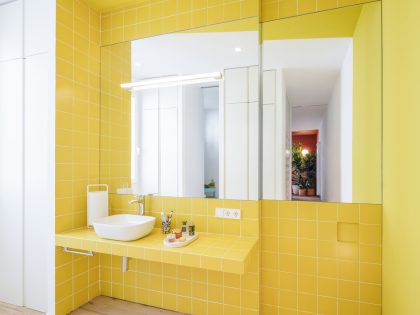 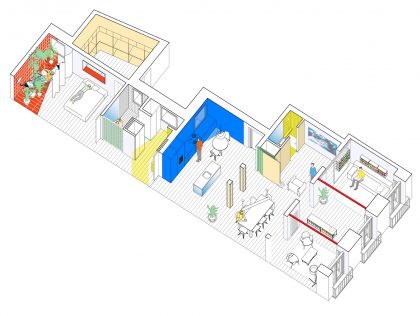 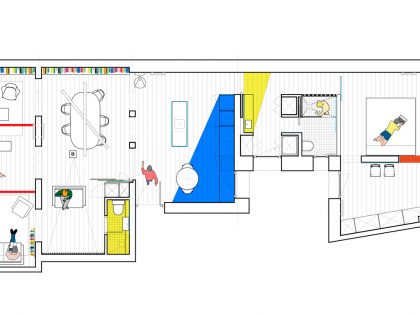 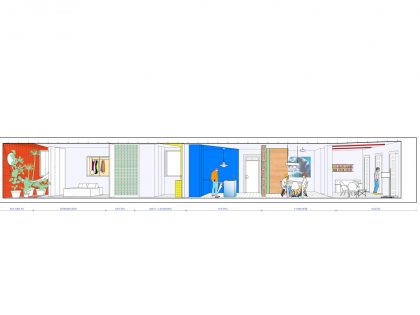 A Fresh Contemporary Home with Stylish and Dramatic Views in Bangkok

A Stylish Duplex Apartment with Eclectic and Colorful Accents in Paris, France

A Bright and Spacious Home Surrounded by Forest and Natural Elements in Vancouver, Canada 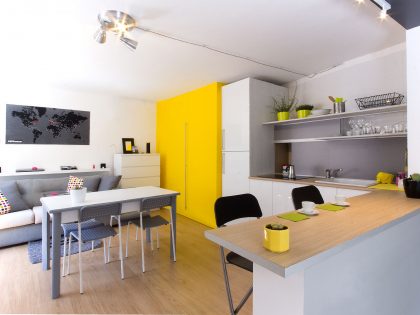 A Cozy and Colorful Modern Apartment with Warm Atmosphere in Modica, Italy 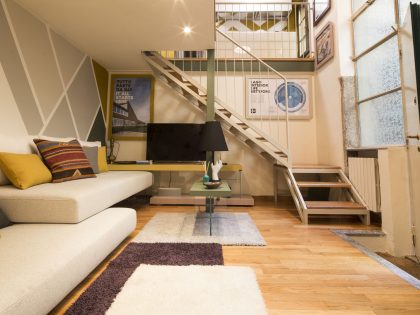 A Unique and Unconventional Home with Comfortable Layouts in Milan 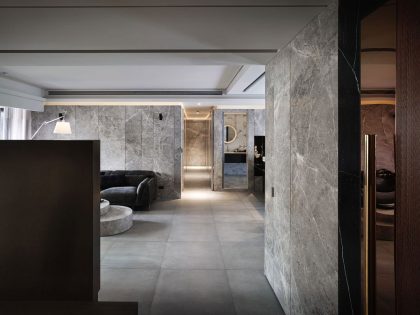 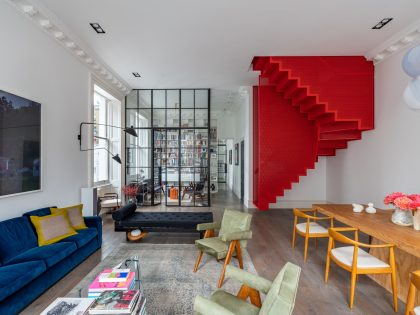 A Bright Modern Apartment with Rooftop Terrace and View of London 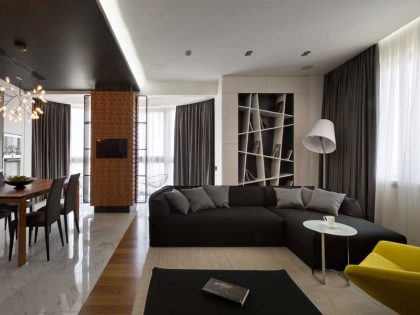 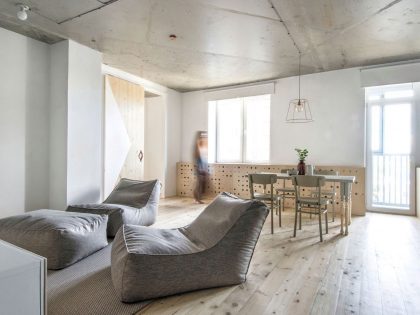 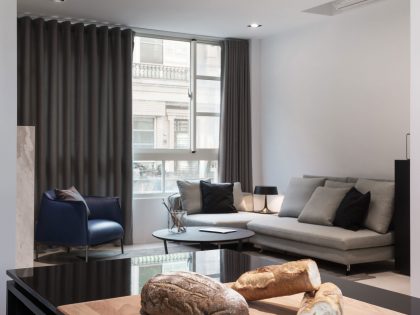 A Simple Contemporary House with Minimalist Interior in Taichung, Taiwan 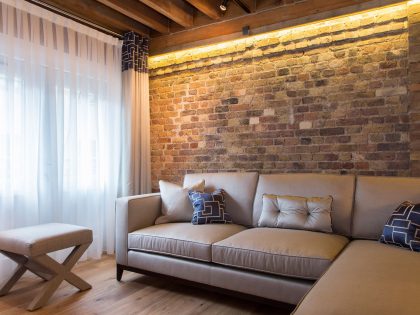 An Exquisite Contemporary Home with Industrial and Rustic Interior in London